“Serve the customer and speak the truth. It may not give you a sale every time, but it will give you a steady stream of customers.”

The group’s high-speed photography was used to image implosion tests during the Manhattan Project. The same skills in precisely timed high-power electrical pulses also formed a key enabling technology for nuclear weapon triggers. After the war, the group continued their association with the burgeoning military nuclear effort and formally incorporated Edgerton, Germeshausen and Grier, Inc. in 1947.

A native of Stockholm, Sweden where he studied mechanical and electrical engineering, Stig W. Jorgensen came to the United States to find work in production engineering. Stig worked for MIT Professor Edgerton, the inventor of flash strobe photography. 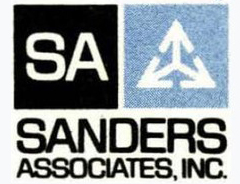 Stig moved to New Hampshire to work for Sanders Associates, Inc. Sanders was a defense contractor from 1951 to 1986, when it was bought by Lockheed Corporation.

(The first home video game console was developed as a side project by Sanders and sold to Magnavox.)

Stig met Wayne at Sanders Associates where they both were working, while Fred was employed at EG&G. The company would later be named Flash Technology Corporation of America, as they focused on using the strobe technology learned from Dr. Edgerton.

Flash Technology was sold to SPX and became a part of its Dielectric Communications subsidiary.