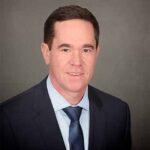 Rob joined SPX in 2003 and has held a number of roles with increasing responsibility at a number of different SPX business units. He was appointed to his current leadership position in 2020 and is responsible for both Flash Technology, located in Franklin, TN, and Sabik Marine, located in Porvoo Finland.

Rob earned his bachelor’s degree in Economics and Management from DePauw University and recently relocated from Kansas to the Nolensville, TN area with his family. 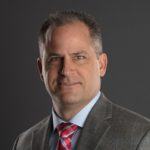 Pete joined Flash Technology in 2000 as the sales manager for Mexico. In 2003 he transitioned to a domestic role as manager of the National Operations Center, then went on to serve the business in telecom key account management roles for the sales department. In 2008 he was promoted to director of business development for the wind energy market, where the company experienced tremendous growth. Pete transitioned to senior director of sales for national accounts in 2012. Four years later, Pete was promoted to the vice president of channel management, where he now leads the global sales efforts for the entire Flash organization. In 2020, Pete assumed global sales responsibilities for SPX Aids to Navigation, unifying sales and outreach strategies for Flash Technology and Sabik Marine.

Originally from Saint Louis, Missouri, Pete earned his bachelor of science degree in mechanical engineering from the University of Missouri in Columbia, MO. Prior to joining Flash Technology, he worked in the engineering, operations and sales departments in the electric motor industry. He and his family reside in Brentwood, TN. 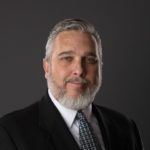 Mark joined Flash Technology in 2000 as a mechanical design engineer focusing on new lighting and monitoring designs. After implementing the ticketing software and network to support the National Operations Center in 2003 and subsequent customer web portal, he was promoted to director of information technology in 2006. In 2011, Mark transitioned to product management for the xenon and LED lighting product lines as well as monitoring. Marketing responsibilities were added in 2014, product engineering in 2019. Mark now leads global product management efforts for SPX Aids to Navigation, including new product development for both Flash Technology and Sabik Marine.

Originally from West Virginia, Mark earned his bachelor’s degree in mechanical engineering from Tennessee Technological University in Cookeville, TN. He worked in the automotive industry prior to joining Flash. He and his family reside in Franklin, TN. 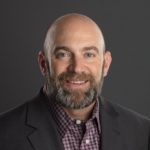 Marc joined Flash Technology in the fall of 2008 as quality manager, bringing a background in Lean and Six Sigma quality management from the automotive industry. He developed and enhanced Flash’s quality systems, achieving ISO 9001 and NATE STAR certifications. In 2015, Marc was promoted to director of operations and service and continues to drive continuous improvement throughout the business. He maintains oversight for manufacturing, purchasing, customer service and technical support.

Originally from Lapeer, Michigan, Marc earned his bachelor’s degree in industrial engineering from Tennessee Technological University in Cookeville, TN. He and his family make their home in College Grove, TN. 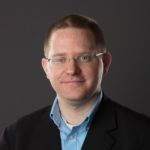 Scott joined Flash Technology in 2008 as a software engineer focused on monitoring products for the National Operations Center. In 2013, he began his transition to managing both software application development as well as embedded firmware development for Flash Technology’s lighting and monitoring products and services. He was promoted to director of engineering in 2015, and now leads the engineering design efforts for new product development.

Scott has called Middle Tennessee his home since 1997. He earned his bachelor’s degree in computer science from Middle Tennessee State University and his masters in software engineering from Auburn University. Scott and his family reside in Spring Hill, TN. 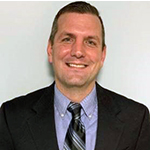 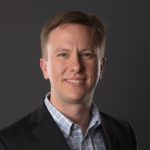 Brian joined Flash Technology in 2013 as a senior financial analyst focusing on financial reporting and process improvements. In 2016, Brian was promoted to controller and is responsible for all the finance and accounting operations of the business.

Originally from Tampa, FL, Brian earned his bachelor’s degree in accounting from Middle Tennessee State University and holds an active CPA license. Prior to joining Flash, he held various controller and analyst roles with public and private companies. He and his family reside in Murfreesboro, TN.