Flash Technology’s Vanguard LED obstruction lighting system has been protecting towers from air traffic for nearly 5 years. We have continuously improved our product and today, the Vanguard II version is the industry standard for tower lighting quality, performance and durability.

In the spirit of continuous improvement, we’ve continued to seek feedback from our customers so that we can improve product robustness and meet your needs. As a result of your feedback, we’re excited to announce the new FTS 370 Vanguard Medium tower lighting series which will begin shipping in September 2017. 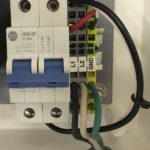 The input power terminal block has been upgraded with a double-pole breaker switch. This switch improves user protection and safety by tripping both legs of the circuit during an incoming voltage surge, eliminating the chance of working on a “hot” neutral. Fuse replacement costs are also removed. 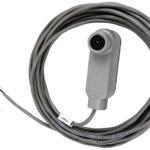 The PHD516 photodiode, which features a metal condulet fitting for improved harsh environment resistance, has replaced the PHD512 that was previously used in the unit. Moisture protection has been enhanced by potting the fitting interior. Additionally, RF noise resistance and induced surge protection for the controller have been improved through incorporation of a shielded cable. To accommodate the drain wire of the shielded cable, a third position has been added to the connector on Rev B of the surge board (F2420600 AC, F2420601 DC) where the PHD is terminated. 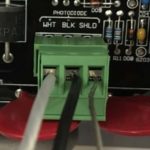 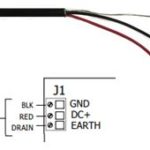 Similar to the PHD516, the cable used to connect each marker to the marker interface enclosure is now shielded. The drain wire for the cable will be connected to the EARTH connection for each marker channel on the marker board (F2422000).

The FCC recommends that radiator equipment is separated by a distance of 10 ft from the marker or flashhead equipment to ensure that interference levels are acceptable. A buffer zone of this size is not always available on a tower and could result in interference to the RF transmitters.

Tested according to Federal Communications Commission (FCC) Title 47, Chapter 1, Subchapter A, Part 15 Radio Frequency Devices, Subpart B Unintentional Radiators, Section 15.109 Radiated emission limits Class A digital device. The specific limits in the standard are uV/meter at distance of 10 meters while the limits on the plots are in units of dBuV at 3 meters.

In the event of a utility power outage, SMART systems are equipped with a battery to power the controller board as it generates power fail alarms. The new FTS 370 Vanguard Medium series is equipped with a 4 amp-hour battery in the place of the old 1 Amp-hour battery, reducing the chances of ever draining the battery during an outage.

The cell modem option will change from 3G to LTE and be offered at a reduced price. It will be available on either the Verizon or AT&T networks.  LTE is a proven technology and has greater reliability and speed than 3G.  This means fewer dropped connections and faster communication.  LTE will be the standard Vanguard modem going forward.

Network coverage analysis is still required to determine the best modem for the location and is still not a guarantee of connectivity. AT&T supports a 3G fallback for locations where LTE is unavailable. Even though Verizon does not support this fallback option, they have stated that they have 100% LTE coverage for where 3G currently exists. 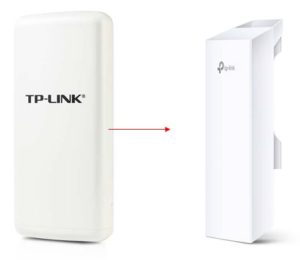 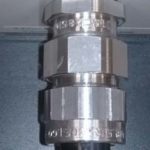 AC 70/7460-1L has been revised to allow medium intensity broadcast tower lighting up to 700’. This allows our customers to use Vanguard Medium systems on high-power broadcast towers. Anticipating this need, the Vanguard Medium system will now have the option of a Tek90 cable to protect the equipment from RF interference and damage. The TECK90 is a ruggedized cable that includes a flexible metal conduit surrounding the cable. Options for #8AWG or #6AWG cable are available. Appropriate connectors will be pre-installed for each termination point.